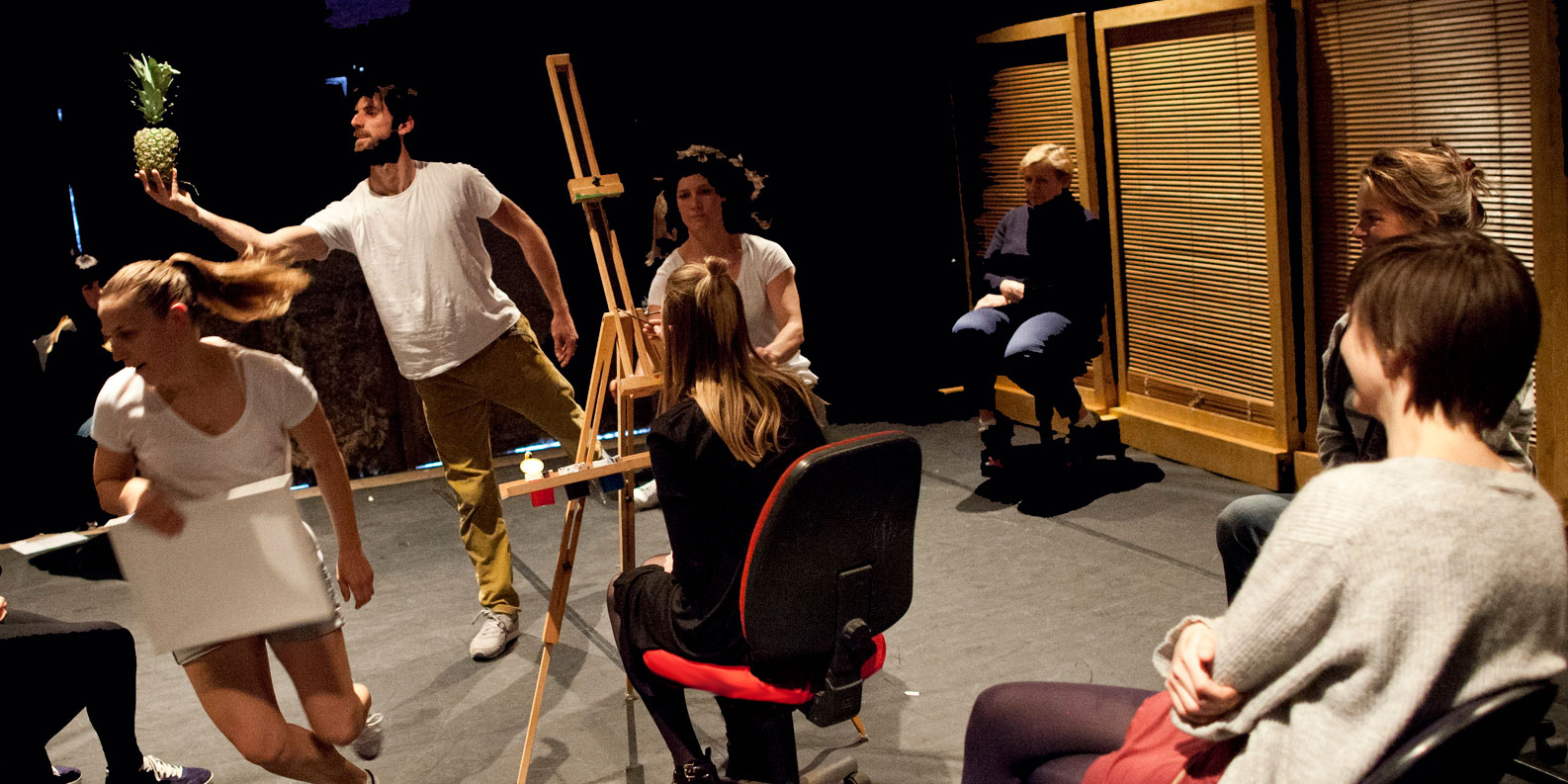 No stage, no numbered seats, no lights that dims. Just an ordinary room with office chairs on wheels. You take a seat, along with the rest of the audience, and you roll through space. Four performers run around you. Inviting you to read a letter, open a gift, make a painting. In Balancing Bodies, both performers and spectators find themselves in a universe full of surprises and unexpected twists. It’s a performance playing with the relationship between audience and the performers, creating a space in which nothing is what it seems.

Woest creates dance theatre for public spaces, giving its audience a fresh experience of their own environment. Their performances are characterized by floor and partner work, as well as physical risk. Over the years they have built a big fan base within the world of street theater, where the outside world is seen as both stage and a source of inspiration. Woest is run by Manon Avermaete and Paulien Truijen.