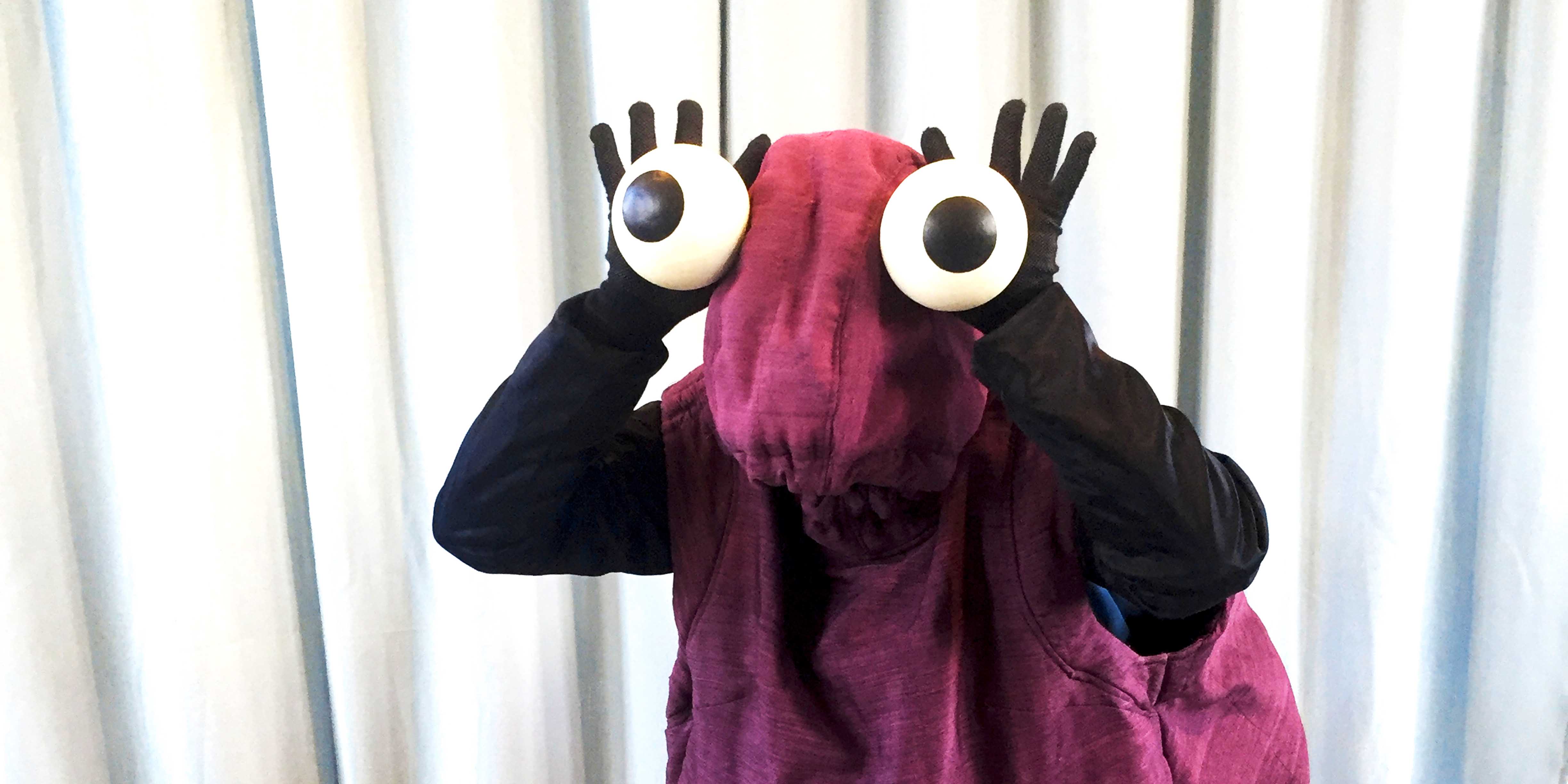 In Förvandling, dancer Johanna Ehn leads the children through an enchanted world of movement where she transforms into various fanciful and fantastic figures. One has large eyes, another too long arms. But what is it that we see? And what did it turn into now? As is often the case with Big Wind’s performances, humor and ingenious musings are at the center. Förvandling is a dance performance that brings out laughter, raises thoughts and creates curiosity.

“Förvandling is a performance that relies on dancing from the get-go. The variations of expressions give the children an experience that dance can be so many different things. And that the one dancing can look anyway they want! Johanna Ehn’s way of catching the children’s interest with ingenious characters creates a nice contact with the audience.” – Hanna Uddenberg

Big Wind was started in 1989 by eight musicians and choreographers who all shared the desire to mix music, dance and theatre. 30 years on, these initial ideas are still what drive the group. Performing for both children and adults, and with a big emphasis on touring, has been an integral part of the group’s activity from the start. Big Wind are based at Konstepidemin in Gothenburg, where they also have rehearsal space and offices.