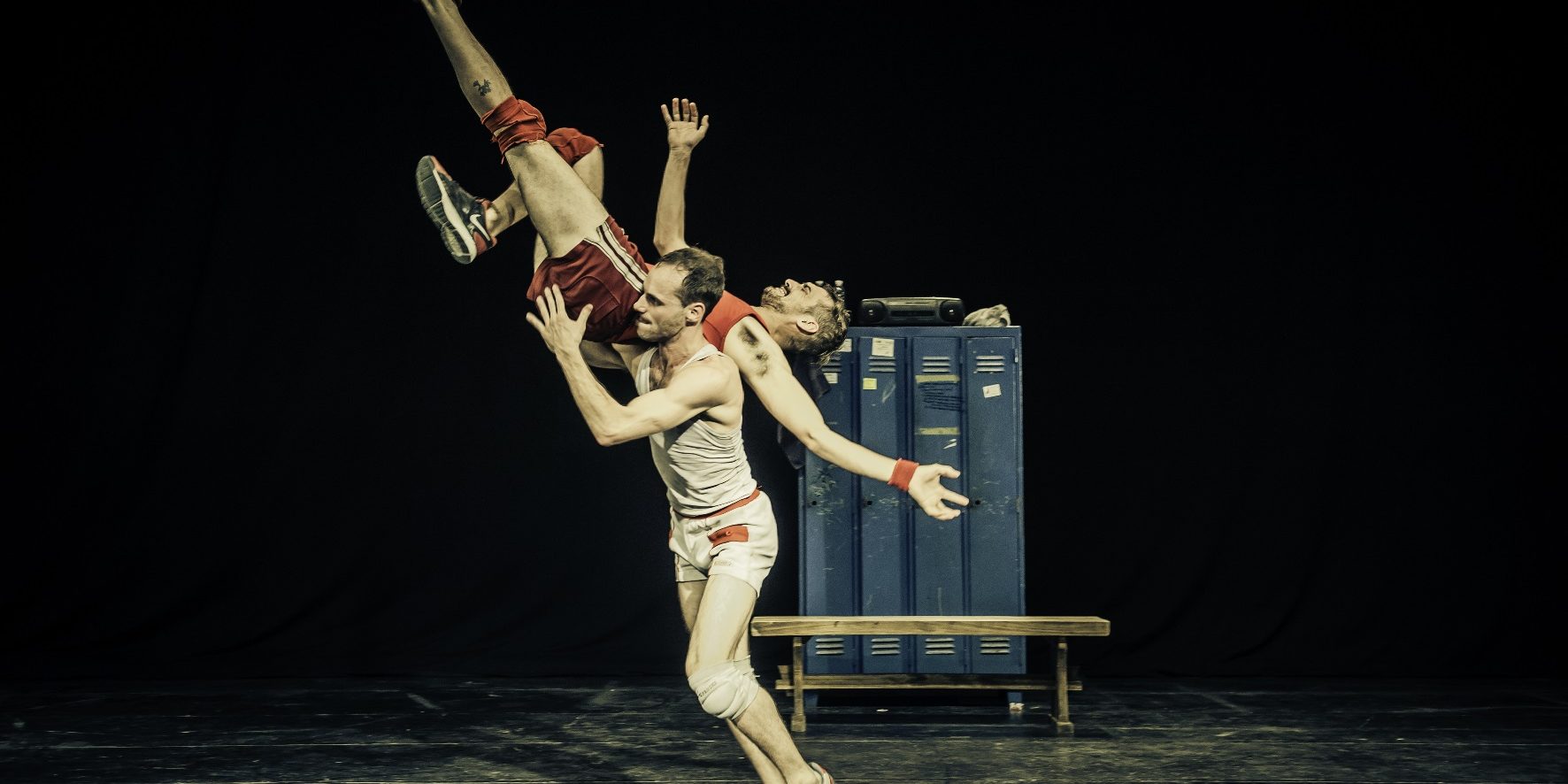 Un Poyo Rojo is a mix of acrobatics and humour set in a typical masculine locker room environment. Exploring the limits of body language, it’s a crossover between dance, sport and sexuality. At the core though, it’s basically a love story. Firmly rooted in physical theatre, Un Poyo Rojo could be seen as naive, kitsch or even cliché. But it’s a striking play on masculinity norms and on the array of man’s physical possibilities. Slightly provocating perhaps, but also an invitation for us all to laugh at ourselves and, at the same time, to accept ourselves completely.

“This combo of dance, acrobatics and mime is hilariously fun and skillfully impressive. It is also exciting to see a performance for young audiences that deals with norms about masculinity in this manner.” – Adjjima Na Patalung

Un Poyo Rojo started in 2008 when the two performers Luciano Rosso and Nicolás Poggi were creating an act for a variety show in Buenos Aires. Rosso and Poggi put together a duet in order to show different relationships between two men, using elements of dance and theatre. Today the company has completed more than 8 seasons in Buenos Aires and have done years of uninterrupted of performances across the world.