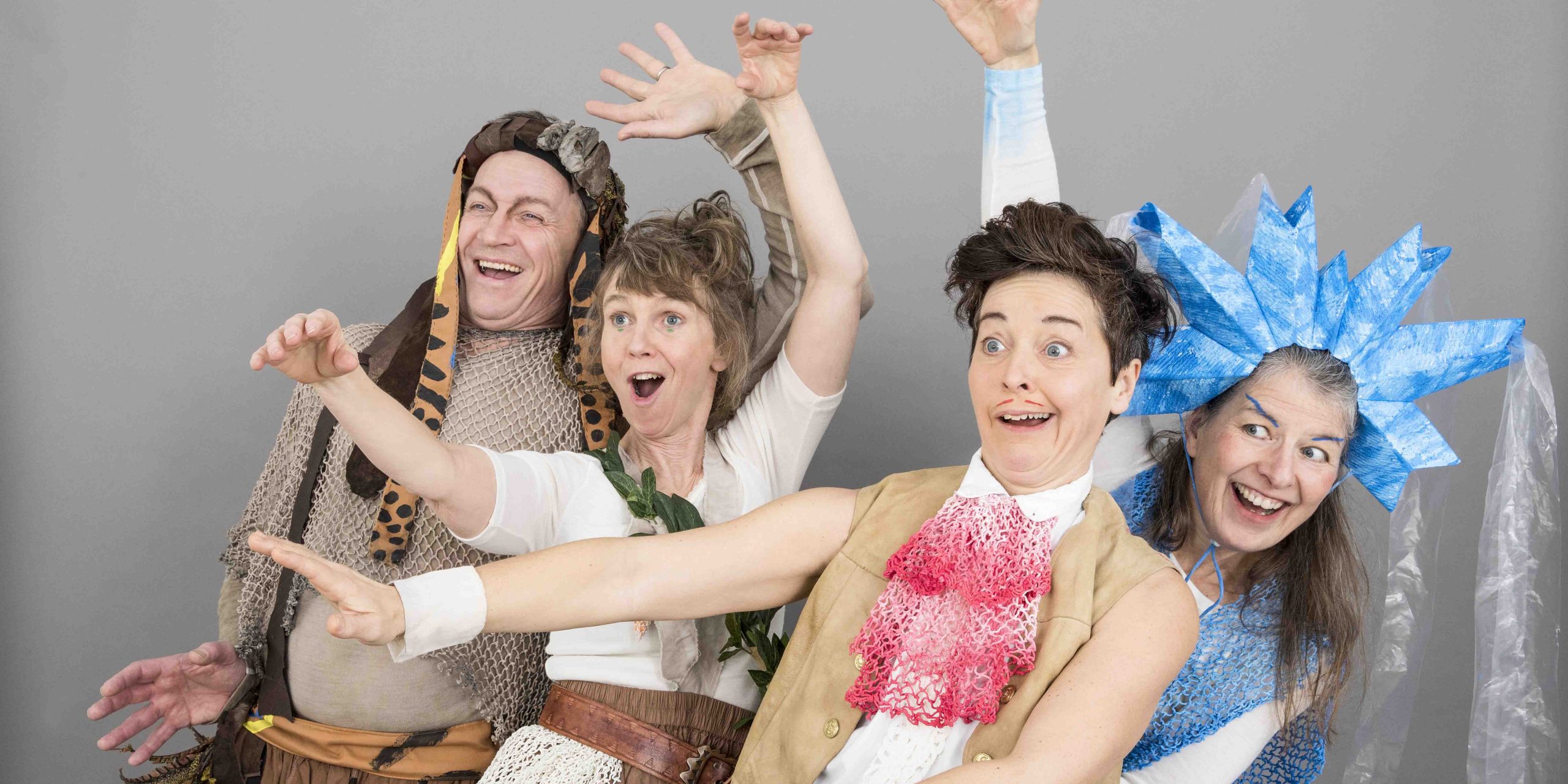 One musician and three dancers guide the children on an interactive journey, portraying forceful characters and big emotions. The performance is loosely inspired by William Shakespeare’s The Tempest and is told through dance, song and poetry. The audience is taken out on the thunderous sea, into the mystic forest, to Caliban’s Garden and much more.

How does it work?
The audience is seated with the ensemble in a big circle. Everyone is invited to join in on movements, singing and dramatic moments. If anyone needs to leave the circle for a while that’s of course fine. A maximum of ten children plus accompanying adults per performance

Big Wind is one of Sweden’s most diligent and hired traveling theatre companies. They are active throughout the entire country, firmly rooted at Konstepidemin in Gothenburg. Since 1989, big Wind presents somewhere around 300-400 performances per year for 20-40 000 people. The main audience being children and youth from the far north to the furthest down south. Big Wind is firmly anchored in the transverse between the three expressions dance, music and theatre.